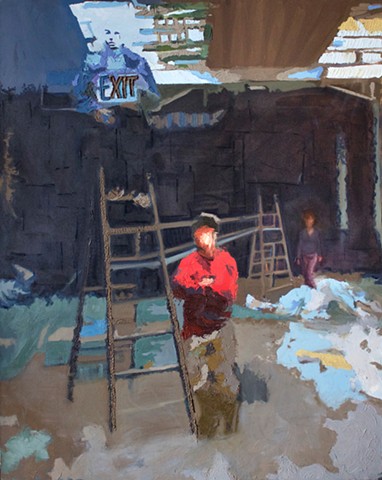 This piece is very much a dialogue between the individual sitting on top of the ladder and his peers, represented by the "faceless" characters standing below. There is no denying the connection the two individuals have on the ground level and the undeniable isolation the character on the ladder has been given. Although it might appear at first glance that the character on the ladder is superior because of the height over his peers, the opposite is in play. He climbs the ladder to seek his place of console, and perhaps the only thing left is the character's exit from a social order he feels isolated from.